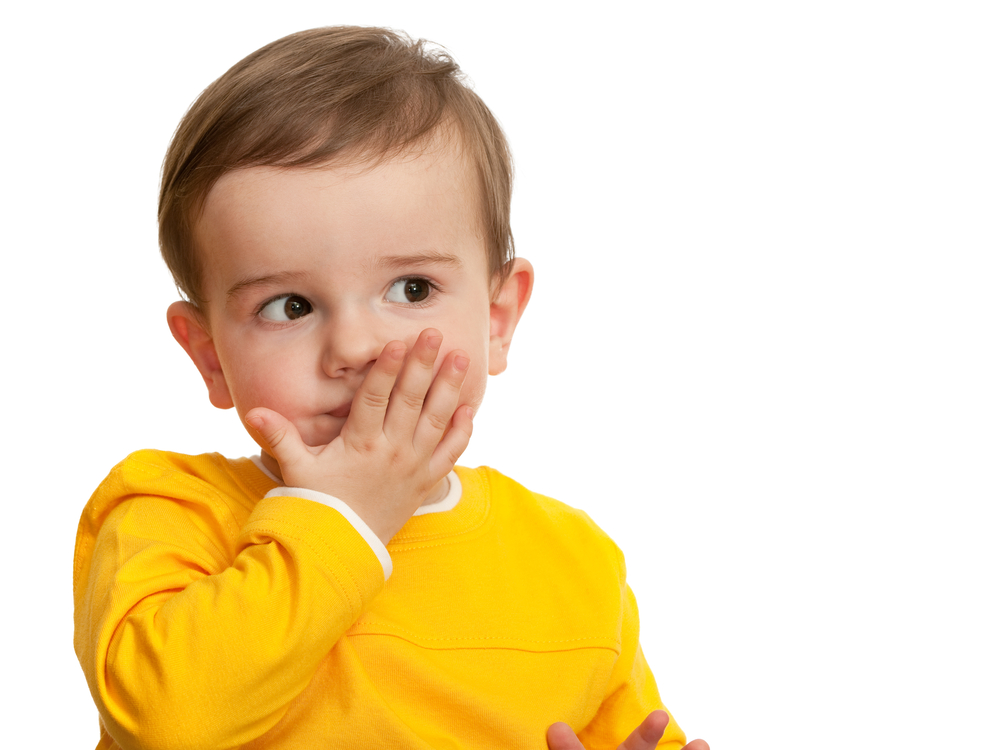 Let me explain articulation disorder as simply as possible. Articulation refers to producing speech sounds by manipulating the articulators (lips, tongue, teeth, jaw, and velum) in a specific way to share our thoughts (language) with other people. Every language has unique speech sounds that are used to create words. An articulation disorder occurs when a child makes sounds with incorrect placement, timing, pressure, speed, and/or coordination of the articulators. The result is a mispronounced sound that could indicate a speech sound disorder.

There are many ways sounds can be misarticulated, including substitutions, additions, deletions, and distortions. It is important to note that some speech errors are developmentally appropriate, meaning many children produce the same errors at a certain time in their development. For example, a 2-year-old who deletes certain sounds in words (ca- for ­cat) is not usually concerning to speech-language pathologists (SLPs), because many children at age 2 will produce similar errors. However, a 4- or 5-year-old who deletes speech sounds would need to be assessed by the SLP, because most 4- and 5-year-olds do not produce those errors.

You might wonder why some 3-year-olds have perfectly clear speech, while some older kids have speech that is difficult to understand. One reason could be an articulation disorders which can occur as the result of some of the conditions below. In most cases, children with articulation disorders are typically developing in all other areas.

Some causes of articulation disorders include:

Permanent or occasional hearing loss. It is very important for children to hear clearly during the critical learning ages of birth to 3 years. A child with

even a slight hearing loss, such an inability to hear high-pitched sounds, might not hear some aspects of the native language (e.g., the /f/ and /s/ in English are high-pitched).

Imagine hearing a conversation without hearing all of the sounds spoken at the beginning, middle, or end of words; the speech signal would not be able to provide a complete sample of normal speech. Yet, a young child is expected to learn from that “incomplete” speech sample. A slight hearing loss could deprive the child of the opportunity to hear how to correctly produce and master the sounds.

There are various types and severities of hearing loss. Some children are born with profound loss, while others may develop a hearing loss after repeated ear infections (otitis media). The SLP will ask about your child’s history of ear infections, and your child may be referred to an audiologist for a complete hearing evaluation. It is important to rule out any medical conditions prior to diagnosing and treating speech and language disorders.

Physical malformations. Articulation disorders can result from virtually any change to the normal anatomy of the oral cavity (mouth, jaw, and throat). Ma

ny children are born with or acquire physical malformations, including: cleft lip or palate, in which the bone and/or tissue of the upper portion of the mouth does not form correctly; ankyloglossia, or tongue tie, in which the tongue is “tied” to the bottom of the mouth by a short string called the frenulum; and dental malocclusions, in which the teeth are not properly aligned.

When an articulator is altered by a malformation, the child’s speech is likely to be affected, sometimes in predictable ways. For example, SLPs can often identify the speech of a child with cleft palate from an audio-recording only, because the cleft allows air to escape into the nose, resulting in hypernasalspeech.

Neuromuscular disorders. Speech articulation is likely to be affected by disorders that affect the muscular system, such as cerebral palsy (a non-progressive

movement disorder resulting from brain injury) and muscular dystrophies (a progressive disease in which muscle function declines as a result of defective genes).

Some muscular disorders affect the speech production areas of the brain specifically and result in a motor speech disorder called dysarthria. A person with dysarthria produces speech that may be slurred, too slow or too rapid, abnormal in pitch and rhythm, and generally difficult to understand.

Developmental delays and disorders. A variety of developmental disorders, including those that begin before birth and those that are acquired after birth due to injury or infection, can cause poor articulation skills. Some developmental disabilities result from maternal infections during pregnancy, prenatal exposure to toxins (e.g., fetal alcohol syndrome), gene disorders (e.g., Down syndrome), and premature birth.

When evaluating a child’s articulation, an SLP may identify symptoms of a developmental disorder known as apraxia of speech (also known as childhood apraxia of speech, or CAS). CAS is a motor speech disorder that results from poor motor planning from the brain to the articulators (e.g., lips and tongue). The resulting incoordination often has significant effects on the child’s ability to produce even simple sounds and words.

No known cause. As with many speech and language delays and disorders, articulation disorders do not always have a clear cause. It is important for parents to realize that some children are simply not as skilled in coordinating speech movements; they may excel in many other areas though.

Some signs of an articulation disorder are easily identified by the general untrained listener, such as the common frontal lisp that results from sticking the tongue between the front teeth when producing the /s/ sound in English (e.g., thun for sun, a substitution). Here are other signs to listen for if y

ou suspect that your child has an articulation disorder.

When you take your child for a speech evaluation, the Speech-Language Pathologist (SLP) will first want to know if there is a cause for the articulation disorder. You will need to provide any significant medical history to the SLP, such as injuries, infections, or diagnoses your child has received. The SLP will complete an oral peripheral (or oral mechanism) examination to evaluate the appearance, function, and mobility of the articulators—lips, tongue, teeth, jaw, and velum.

Next, the SLP will administer a formal articulation assessment to determine which sounds are spoken in error. Your child will be asked to produce speech sounds in isolation (er), syllables (mer), words (mermaid), phrases, (the mermaid), sentences (I see the mermaid), and connected speech in conversation to determine the level of speech sound errors. For example, the child may be at the “word-level” for /er/ words, meaning he can correctly produce /er/ words (mermaid), but longer phrases with /er/ sounds are spoken in error.

The SLP will also determine whether or not the child is stimulable for the sound(s) spoken in error; that is, the SLP will ask the child to produce the sound(s) correctly to see how easy or difficult it is for the child to learn the sound(s). Stimulability testing helps to determine the effectiveness of therapy for specific sounds. Finally, the child’s general intelligibility will be rated on a scale from mild to moderate to severe to profound.

These are the tests that we use at Kidmunicate:

We will use the tactics and tools below to achieve the desired outcome:

Home practice will be necessary to ensure carryover.

It is difficult to determine prognosis on a website. All situations are different. The prognosis of an articulation disorder depends greatly on the cause and severity of the disorder, the age of the child at diagnosis and treatment, and the motivation of both the child and the parents. In many cases, articulation errors can be eliminated completely with treatment and practice. We can tell you that, as with many speech and language disorders, chances for success improve with early intervention.