An Inspiring Commencement Speech by a Student Who Stutters

Parker Mantell, who stutters, delivered an inspiring commencement speech in front of 17,000 of his fellow graduates at Indiana University. His message was simple, “Far too often, society has instilled and reinforced the idea that those of us with disabilities are to remain disabled and perhaps even incapable.” He added, “Doubt kills more dreams than failure ever will.”

Beautiful words from a man who has challenges with fluency. 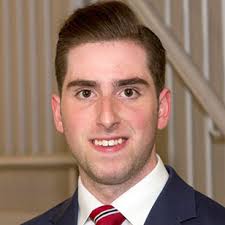 Mantell was no ordinary student. He interned for Congressman Eric Cantor, Senator Marco Rubio and New Jersey Governor Chris Christie. During these internships, he did not avoid speaking roles, he embraced them. He made thousands of phone calls for these politicians and also gave tours of the Capitol Building.

He credited Indiana University’s role in instilling the idea that someone who is barely able to talk for himself can dream big enough to talk for some powerful people.