Autism needs a miracle and perhaps that happened when Jorge Mario Bergoglio was named Pope Francis.

This week at the Vatican, Pope Francis hosted the first ever global gathering on autism. More than 7,000 people flocked to the Vatican to attend a mass for families affected by autism. Included in the audience were 650 experts from 57 countries. These experts also attended a three day conference organized by the Vatican’s body responsible for pastoral health care. The conference focused on the diagnosis, treatment, research and support of families. The pope urged institutions and governments to promote acceptance and to help break “the isolation and in some cases also the stigma” of the disorder that is often associated with social and communication difficulties. He also encouraged people all over the world to volunteer to help families affected by autism.

Bob and Suzanne Wright co-founders of Autism Speaks addressed the conference. You can see their comments here.

Ironically, today’s Catholic mass featured the gospel Matthew 25 which says the kingdom of heaven is open to people who help others.

The King will say to those on His right, ‘Come, blessed of My Father! Take possession of the kingdom prepared for you from the beginning of the world. For I was hungry, and you fed Me. I was thirsty, and you gave Me something to drink. I was a stranger, and you welcomed Me into your house. I was naked, and you clothed Me. I was sick, and you visited Me. I was in prison, and you came to see Me.

The King will answer, Truly I say to you : whenever you did this to these little ones who are My brothers and sisters, you did it to Me

This was a great weekend for Autism awareness because Pope Francis is the spiritual leader of 1.2 billion people across the globe. More importantly, he has the power and the personality to move people. Pope Francis, a man who leads by example, can absolutely touch hearts and change minds. He can also persuade people to donate money and volunteer hours to help the estimated 70 million people worldwide with Autism. It is a miracle when one man can move so many people. The impact of the weekend will not be felt immediately, but its long term effects will be profound. 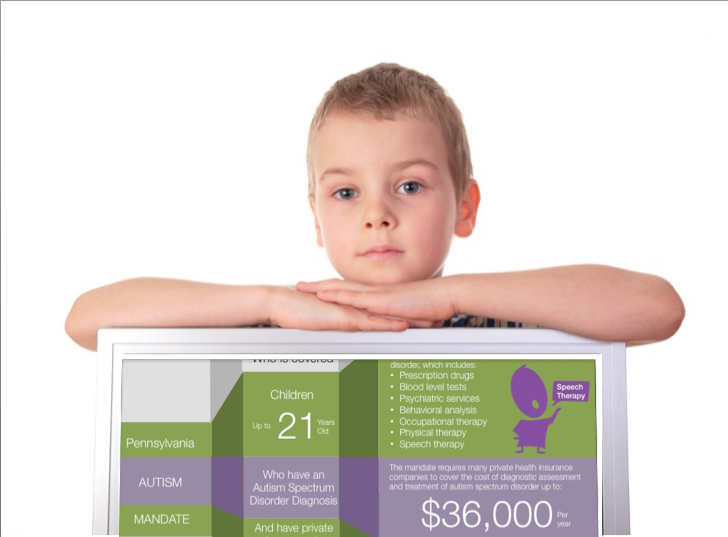 We also want to help raise awareness of the Pennsylvania Autism Mandate and other state mandates. Click here for our easy to read PA Act 62 Infographic and know what your child is entitled to.
By Pam Drennen MS CCC-SLP|2016-11-07T14:44:55-05:00 |Blog|Comments Off on Pope Francis: A Miracle for Autism Awareness?