Time.com recently posted a story called “Why Screening Young Children for Language Delays Isn’t Helpful“. As a speech and language pathologist, I can tell you that language is a powerful device. Language is at it’s most powerful when used to persuade or dissuade. The headline used by Alice Park of Time with the words “isn’t helpful” is a conclusive, black and white statement, that would lead all parents to delay or forgo screening. Yet deep in her article it says research from the U.S. Preventative Services Task Force (USPSTF) is inconclusive.

“There’s not enough evidence to say that these instruments should be used regularly,” says Dr. Alex Kemper, professor of pediatrics at Duke University and a member of the task force. “It could be that the instruments work well, and it could be that they don’t; we just don’t have enough evidence to say that all children ought to receive these tests at well-child visits routinely. We just don’t know whether or not they lead to benefit.”

In fact, the USPSTF gave their study about speech screening an I for Insufficient. (See chart). So why would Alice Parks or perhaps her editor want to use such a misleading headline. Who knows? 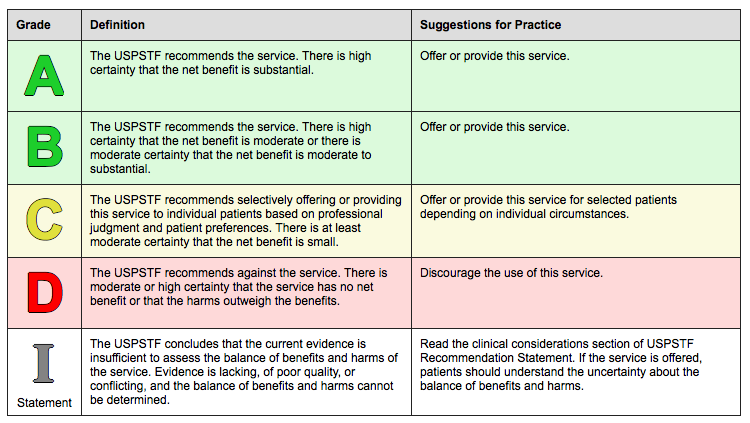 Here are other things Alice Park failed to tell you about the USPSTF study on speech screening.

Children develop at different rates, so be patient. However if you suspect that your child has a speech and language disorder be vigilant and seek a diagnosis, even if your pediatrician tells you that your son or daughter will grow out of it. This is true a lot of the times, but it is not true all of the time.

See our milestone charts for speech and feeding development to check your child’s developmental progress and regardless of what the Time.com article says, don’t be afraid to discuss it with your pediatrician during well-visits or talk to a speech and language pathologist.