She Fought Childhood Apraxia of Speech and Won 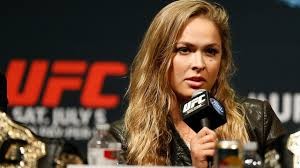 Children born with Childhood Apraxia of Speech (CAS) are in a constant fight to say the words that they want to say. Ironically, Ronda Rousey, who happens to be a UFC World Champion mixed-martial-arts fighter, fought this rare speech disability. She overcame the disorder that made her shy and feel stupid as a child. She is now an inspiration to all children with CAS every time she steps into the spotlight as an athlete and model and every time she speaks with confidence during interviews and acting roles. She was surprisingly good as a recent host on Saturday Night Live.

Childhood apraxia of speech (CAS) is an oral motor speech disorder. Children with CAS find it difficult to produce the sounds that they want to make because they cannot correctly plan the movement of the muscles that control the articulators (lips, tongue, teeth, jaw, velum, pharynx). In other words, the brain of a child with CAS does not send the proper instructions to the muscles that adjust both the positioning of the jaw, lips and tongue and the speed and rhythm of speech. If the signals sent by the brain are not transmitted correctly or are disrupted, proper speech is difficult to achieve. It is important to note that children with CAS may have normal receptive language skills (understanding), despite their troubles with expressive language skills (talking), as was the case with Ronda.

Click here for more detailed information on the causes, signs & symptoms, diagnosis, treatment and prognosis of Childhood Apraxia of Speech.

At age six, Ronda’s speech was unintelligible and showed all the signs of CAS. Regardless, the speech disability went undiagnosed. Her doctors said that it was probably due to living in a dual language house and that she would grow out of it. Ronda’s mom, De Mars, did not accept that. Ronda was not her first child, so she knew better. That is when De Mars, the first American to win a World Judo Championship, decided to start the fight against the undiagnosed disorder. The fight took her and her family to North Dakota, where she took a job as a stats teacher at Minot State University. She sought this job because the school was known for its speech pathology program. She went with the intention of getting her child expert help. It was there that Ronda received intense treatment several times per week. It is exactly what Ronda needed to overcome Childhood Apraxia of Speech.

Ronda Rousey became a world champion MMA fighter because she worked very hard with her trainers and had a relentless commitment to winning. Ronda became a confident speaker because she trained very hard as a kid with her speech therapist and mom and committed herself to beating the disorder into submission. Childhood Apraxia of Speech requires frequent speech therapy. For a child with CAS to become an intelligible speaker as an adult, they need to train hard too. We recommend short, but frequent, therapy sessions at least three times per week with a speech therapist who has specific CAS experience and is knowledgeable in the principles of motor learning theory.

Moms and dads, it’s up to you to lead the fight for your children. If you suspect a problem, seek the opinion of an expert. If the expert diagnoses CAS, then find a caring and dedicated speech language therapist to develop an intensive training regimen. If you do, your child will have a fighting chance to overcome the speech disorder, just like Ronda did.